What is an Invalid Marriage in California?

Many people do not realize that getting married in California requires certain administrative steps or formalities to have a legally-binding marriage. When those steps are not followed, the result will be a void or voidable marriage. A void marriage is one that is not recognized by the state of California. A voidable marriage is one that can be declared void by either party to the marriage. 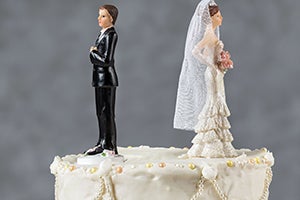 The difference between a valid, void, or voidable marriage can be important when parties are contemplating divorce or splitting of marital assets. In simple terms, an invalid marriage is one that the state of California may not recognize as a legal union. There are certain unions that can be considered void and others voidable.

This is important as it can significantly change property ownership situations and future financial planning for the parties involved. If the Los Angeles County family court deems your union invalid, your legal options for separation could change. It's important that you understand the main factors that can make a marriage invalid as it will assist you in planning your future.

To better understand an invalid marriage, it's important to first have a good understanding of what is a valid marriage. The state of California typically will recognize a marriage as valid when the couple obtains a Los Angeles county marriage license and they completed a marriage ceremony with an authorized official. After meeting the terms of licensing, LA County will issue a marriage certificate and they start their lives with each other as a couple.

It's important to note a marriage certificate by itself doesn't always prove you have a valid marriage. As stated above, the state of California considers some marriage licenses completely void, while others are potentially voidable, depending on the specific situation. If you or your spouse have not committed any type of act that would be considered invalid, then your marriage is normally valid. This means in order to end the marriage, you will need to file for a divorce or legal separation as opposed to an annulment.

How to Prove an Invalid Marriage

In order to prove that your marriage is invalid, you have to first be able to identify one of the void or voidable reasons and provide some actual evidence.  It should be noted all voidable marriages include exceptions to the rule. If you are seeking an annulment, you must not only prove the marriage to be voidable, but also file for nullification within the statute of limitations.

If you have a reason to believe your marriage is invalid, you should call our Los Angeles divorce and family law attorneys at Furman & Zavatsky LLP. An invalid marriage can possibly have complicated consequences for anyone who wants to remain married or if you are seeking to separate, divorce, or nullify the union. Our lawyers will need to review the specific details of your situation in order to provide accurate legal advice moving forward. Let's take a closer look below on the steps to void a marriage and which marriages are voidable.

The Steps to Have a Valid Marriage

In the following situations, the state will find that a marriage is void:

In the following situations, the state will find that a marriage is voidable:

If you believe you are a party to a void or voidable marriage and are looking to separate from your spouse, it is important to understand the ramifications of voiding a marriage. In some situations, there is also criminal liability that will need to be addressed. If you are seeking a divorce and one of the above situations applies to you, contact our Los Angeles divorce attorneys at Furman & Zavatsky LLP to determine the best route for your divorce.

We will consider whether your divorce is void or voidable, and if so, whether it is in your best interest to have it declared as such. Call our law firm at 818-528-3471 to learn more.