What Happens to Pension Plans in a Divorce? 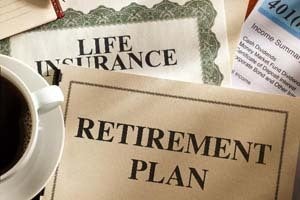 Getting a divorce is a stressful event. However, while you're going through the difficulty of a divorce process, you still need to make wise financial decisions regarding property division that you and your spouse have accumulated during marriage. Typically, retirement savings are one most valuable assets you possess. Therefore, it's a critical issue in divorce proceedings, but it's also frequently complicated.

In Los Angeles divorce cases, one of the most common questions our divorce lawyers are asked involves situations where your spouse was the primary breadwinner. How can you protect your share of their retirement account? How can you stop their employer from paying out from paying out the benefits to your spouse, leaving you with almost nothing? Frequently, the answer is a Qualified Domestic Relations Order (QDRO). It can protect your interests as it's a court order judgment, related to child support, alimony, or property rights that can instruct your spouse's pension plan on how to pay your share of plan benefits. A QDRO will give you some protection and guarantees what a marital settlement agreement does not.

As often as not, pension plans — whether Individual Retirement Accounts, 401(k) retirement plans, private company pensions or government pensions – are among the largest, if not the largest, assets involved in a divorce case. The later in life the divorce occurs, the larger the pension plan is likely to be. And with divorce becoming increasingly common among older Americans – one in four divorces now involves couples over 50 – pension plans of considerable value also are increasingly at issue in divorce cases.

Under California divorce law, pension plans are subject to division just as any other kind of marital property the divorcing couple might have. While the assets of a pension or retirement plan are not available until retirement, those assets remain subject to division at the time of divorce, regardless of when the assets might become available for actual distribution.

How Much of a Pension Plan is Community Property?

This includes defined-benefit plans, such as private employer pensions or government employee pensions, that pay a defined amount per month after retirement, and defined-contribution plans, such as IRAs or 401(k) plans. How the plans are divided can include such factors as how long the spouse worked for the pension-providing employer and how many of those years fall within the marriage term, compensation, age at retirement and rate of return on pension investments.

How Do I Ensure My Spouse's Pension Plan is Divided in the Divorce Case?

In general, a pension plan must be treated almost as if it were a separate individual in a divorce case. To have the plan included in the case, the spouse that does not own the plan usually must file a motion to “join” the plan as a party to the divorce case. This is not always the case, but your Los Angeles divorce lawyer better know if your spouse's pension plan needs to be subject to a motion of joinder, or you could be left out in the cold. The exceptions are narrow, but they exist.

As stated above, once joined, most pension plans can be divided only by using a Qualified Domestic Relations Order, or QDRO. This is a function of federal law, as most pension plans are subject to the Employment Retirement Income Security Act.  ERISA requires a QDRO to divide a pension plan governed under ERISA. As most retirement plans fall under ERISA governance, a QDRO generally will be required. The QDRO provides instructions to the pension plan administrator as to how the plan should be divided.

The state of California maintains a website to give advice and guidance to people whose divorce case involves a pension plan, but the site acknowledges repeatedly that division of pension plans in a divorce is so complex that legal representation likely is necessary.

If You Are Facing a Divorce Involving Pension Benefits in the Los Angeles Area, Contact the Attorneys of Furman & Zavatsky