What Does Best Interest of the Child Mean in California?

In California, as in many jurisdictions, courts are supposed to make judgments based on a legal standard called the “best interest of the child.” While this is certainly a noble pursuit, it's also vague and open to interpretation. This standard has a couple of guiding principles that has to be considered when deciding child custody or visitation. California Family Code 3020 establishes these principles as the health, safety, and welfare of the child, and encouragement of frequent contact between parent and the child.

There are many factors that must be considered by the family court judge on a case-by-case basis and these factors are contained within several different statutes. In simple terms, all California family law courts are required to consider these guidelines when they are determining child custody orders. 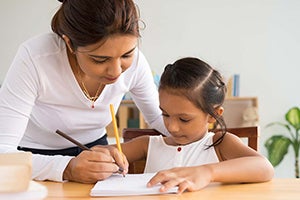 This means the judge will determine the child custody arrangement that best suits the child's needs. When considering all these factors, you should be aware that the court evaluates each parent, including their dating or married relationship. The judge will also consider accusations of drug, alcohol, or prescription abuse, domestic violence, and child abuse.

The court might also seek independent confirmation for any of these factors along with child abuse allegations from police, social welfare department, and any agency that provides drug and alcohol abuse rehabilitation.

California law strongly encourages parents to create their own child custody agreements and requires those that can't reach an agreement to participate in mediation prior to court.

In situations where the parents are unable to come to an agreement on legal or physical child custody arrangements, then the family court will decide custody based on the factors listed in this article and primarily what is in the best interest of the child.

A Los Angeles child custody attorney can help you navigate the complexities of child custody laws, including how this legal standard affects your case.

Start with the Assumption That Joint Custody is Best

All courts begin cases with certain legal assumptions, which either side must either prove or disprove, depending on their goals. For example, in criminal trials, the defendant should be assumed innocent until proven otherwise.

Under California family law, the courts must assume that some form of joint custody is best for the child unless one side proves otherwise. Joint custody can take many different forms and looks different for all families. First, there is a difference between physical and legal custody.

The physical custody part of the agreement covers how often the child will be in each parent's care. Legal custody grants the right and responsibility to make major decisions regarding the child's health, education, and well-being.

Joint custody also does not have to mean a 50/50 time or decision-making power. For example, physical custody could be split 60/40 or even 70/30 and still be considered joint custody. In general, sole (or full) custody occurs when one parent has at least 70 percent physical custody.

Considering the Health, Safety, and Welfare of a Child

In general, the courts try to rule in favor of the child maintaining a relationship with both parents, as this is in keeping with the court's assumptions about the best interest of the child.

However, cases sometimes arise where one parent is not fit to have legal and/or physical custody. Even if both parents are fit to parent at some level, an even split may not be in the best interest of the child.

The court considers three overarching topics when they decide on a custody case: the child's health, safety, and welfare. During these considerations, courts may look for answers to questions such as:

There may be many other questions that fall under these categories. Parents and their child custody attorneys must prove to the court that when the child is with the parent, the child's health, safety, and overall welfare are a top priority.

California courts may grant sole custody to one parent when it finds that the other parent has committed domestic abuse against any of the following people:

In these cases, the term “abuse” is not limited to physical violence. Abuse may also include emotional or sexual abuse. The court may make similar decisions if one parent:

If the other parent presents any of these safety concerns, it does not mean that you automatically win full custody. You and your family law attorney must provide proof to satisfy the court.

Situations Considered Not in a Child's Best Interest

California family court judges always favor keeping a child in an arrangement they are familiar with. For example, allowing a child to stay in the same school or neighborhood.

This means judges don't typically favor an arrangement where one parent is denied access to the child or where visitation is difficult. It should be noted that even in situations where one parent is granted sole physical custody, the other parent will normally have the right to visitation.

California child custody laws favor custody arrangements allowing both parents to maintain a close and loving relationship with their child.

Relocating might not be considered in your child's best interest. For example, the family court judge will normally deny any request to move if they believe the parent making the request is attempting to deny or limit the other parent's access to the child.

However, there are situations when moving could be in the best interest of the child if the move allows the child to attend a better school, or gives them access to better child care or a support system.

You need to remember they when a family court is deciding custody, their goal is to keep all other aspects of the child's life consistent while making sure both parents are given the opportunity to be an active part of the child's life.

If you are facing a child custody battle, you need to consult with an experienced family law attorney immediately. Our lawyers will review the details of your case and help you navigate the complex legal process. Our qualified child custody attorneys have been successfully representing clients in family law matters for over a decade and can help you.

We serve clients throughout Los Angeles, including Encino, Sherman Oaks, Tarzana, Van Nuys, San Fernando, Hollywood, and Ventura County. While the term sounds simple at first, finding what's in the “best interest of the child” is rarely straightforward.

That's why it's vital to have an experienced Los Angeles child custody attorney by your side. We can help create your case and show the judge why it is in the best interest of your child.