If you are going through a divorce and have children, child custody is probably an 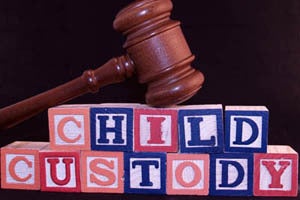 issue that you have been thinking about quite a bit. While California law presumes that both parents will retain custody of their children, judges have significant discretion in making child custody arrangements.

If you and the other parent of your child are unable to come to an agreement about how you will share custody, you are likely facing significant uncertainty about how the court will decide the issue for you. For this reason, it is important for people who are involved in disputes regarding a child custody to protect their legal rights by retaining a skilled Los Angeles divorce law attorney as soon as possible. There are some key steps to take when a divorce is on the horizon.

It is always preferable for two parents to agree on how they will share custody rights. By agreeing on their own terms, the parents can consider their own schedules, the specific needs and schedules of their child, and can tailor their arrangement for their particular situation.

Cooperation in this manner can also set the standard for future cooperation in parenting, which can only benefit everyone involved. As long as a proposed custody agreement is reasonable and in line with California law, a court will simply have to approve it to resolve any custody matters. See related information: Common Issues in Los Angeles Child Custody Cases.

However, not surprisingly, parents often have trouble agreeing on matters of custody. This is especially true in the case of divorcing spouses who may be contentious and may each want to deprive the other of time with their child. In such situations, like who gets child custody while divorce is pending, it is important to take a realistic look at your options.

For example, in most cases, seeking sole custody or full custody is not realistic and going to court over the matter will be costly, emotional, and time-consuming. Unless there are legitimate safety concerns, it is best to participate in divorce mediation, negotiation or other methods of dispute resolution to reach a custody agreement outside of the courtroom.

If the parents don't live in the same country, and the child routinely resides with both parents, It's often difficult to determine which country should have jurisdiction. International child custody cases often become a complicated dispute. See related: Can My Ex-Spouse Take Our Child Out Of The Country?

If you cannot agree or have concerns about your child spending time with their other parent, you will have to present your arguments and supporting evidence to the court so the judge can make a decision regarding custody rights often decided after a child custody evaluation. It is critical to have a Los Angeles child custody attorney with extensive litigation experience throughout this process. You could even choose arbitration, which is less expensive and can be an excellent option to avoid a costly legal battle in front of a judge and it also keeps the specific details of your separation private.

The law requires courts to order what is in the best interests of the child. Courts first presume that shared custody is in the child's best interests in every case and, in deciding whether to stray from that presumption, they consider two primary factors:

Courts can consider a wide variety of factors that will be dependent on your specific situation and will issue an order setting out how custody will be divided. Some factors include the child's relationship with each parent, any mental health issues, substance abuse issues, history of domestic violence, criminal charges, among many others.

In some cases, the judge could even order supervised child visitation. Again, because the court's determination is completely out of your hands, it is better to try to reach an agreement instead of taking the case to trial.  It's critical to understand your parental visitation rights. Call a Los Angeles child custody attorney at our law firm for more information and how to get more child visitation time.

Life is constantly changing and sometimes, custody orders that once made sense are no longer feasible or appropriate. If you want to modify your custody order, you must request a formal modification from the court. Even if two parents agree on a modification, the court must approve the changes.

If one parent wants to fight against the child custody modification, you must prove to the court that a significant change in circumstances warrants the modification. Having the representation of a skilled child custody lawyer in Los Angeles is important whether you are requesting or fighting against a modification of your custody order. See our blog: How To Get a Ex Parte Child Custody Order and Child Move Away Cases in California

If you are involved in a dispute regarding child custody with your child's other parent or simply have questions regarding your parental rights, you should speak with an attorney as soon as you can. It's important to understand the difference between physical and legal child custody in California.

The assistance of a lawyer who is familiar with California child custody laws can often have a significant impact on the way that disputes are resolved and will maximize your chances of obtaining a favorable outcome. To schedule a free consultation with a LA child custody attorney, contact our law firm today at 818-528-3471.