If you or your spouse was injured as a result of someone else's negligence that left you with a personal injury award, that award money may be divided between in a divorce. In other words, both the injured spouse and the non-injured spouse may be entitled to half of the settlement amount in a divorce, barring specific exceptions. 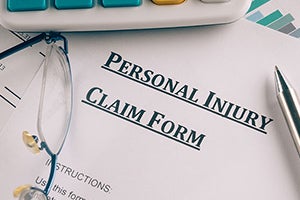 Sometime later you are now find yourself in a contested divorce with your spouse and can't reach an agreement on the terms of the breakup. You spouse is requesting a portion of your personal injury settlement, but you don't want the award divided in the divorce because you need the money. In this scenario, will you be legally required to share your personal injury award with your spouse in a divorce? The correct answer will depend on when the accident occurred.

It should be noted that any assets you acquire before marriage are classified as separate property in California. This means they belong to you alone and when you get divorced, you retain ownership rights and your spouse has no claim unless you extended these benefits to them during your marriage.

If you are facing a divorce and one of you was awarded a personal injury settlement in the course of your marriage, consult with an experienced Los Angeles divorce and family law attorneyy.  Let's take a closer review below.

Personal Injury Settlement During the Marriage

California Family Code 780 stipulates that, if a personal injury claim arises during a marriage, the non-injured spouse is – unless there is an applicable exception – entitled to half of the proceeds.

If the cause for the claim and subsequent reward occurred during the marriage, this dual ownership likely stands. Further, even if the settlement amount is awarded after the couple is separated or divorced, the award remains community property that should be divided evenly between the former spouses.

If you are preparing to finalize your divorce and your soon-to-be ex is expecting to receive a personal injury settlement, your marital settlement agreement should specifically address the division of this community property.

Exceptions to the Rule on Dividing Personal Injury Settlement in Divorce

As with most things, there are exceptions to the rule when it comes to the division of a personal injury award in a divorce:

All told, when it comes to the division of a personal injury award in a California divorce, things can become very complicated very quickly. It is in your best interests to work closely with an experienced divorce and family law attorney.

The fact is that a personal injury award can turn into a serious point of contention in a divorce. Depending upon how long ago the award was received, it can become inextricably commingled with community property, which makes it very difficult to calculate as a separate issue.

Further, the court has vast discretion, but it is charged with carefully considering the present circumstances, the separate needs of both parties, the amount of time that's elapsed since the award was made, and other relevant factors.

If you or your spouse was awarded a personal injury settlement during the course of your marriage, it complicates an already complicated procedure. Dividing property during a divorce is typically challenging. You should protect your assets by meeting an experienced lawyer.

The dedicated divorce and family law attorneys at our law firm can help you. We serve clients throughout Southern California, including the greater Los Angeles area and the San Fernando Valley. We have the experience, drive, and knowledge to skillfully guide your case toward its most positive resolution. To schedule a free consultation, contact or call us at 818-528-3471.