Should You Move Out of the Marital Home in a Divorce? 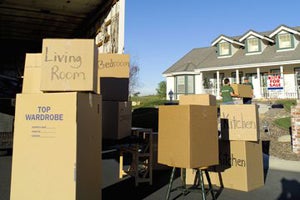 However, whether and when to move out of your marital home is not only a complex emotional issue, but it can also be a highly strategic decision as well.  Prior to making a decision, there are several important factors to consider.

In most divorce cases, your martial home is most likely a significant asset. In fact, it's probably the most significant asset. Therefore, it's reasonable that both divorcing spouses would have concern that if they just abandon the marital home, it could make it difficult for the spouse that decides to leave to make any type of claim on the home in their divorce settlement.

In Los Angeles divorce cases were both parties claim ownership of the home, could their ownership potentially be jeopardized if they move out? This is a very common question.

All Los Angeles divorce lawyers know that if the marital home was acquired during the marriage, it will be considered a marital asset that will be subjected to distribution in spite of which spouse stays in the home during the divorce process.

In divorce cases where money is not a major issue, many divorce attorneys will frequently advise their clients to physically separate during the divorce process. Of course, this means they will need to move out of their home. It has been our experience in divorce cases that creating some distance between both spouses will often create a much better environment and attitude while going through the steps of divorce.

It's important to note that when one spouse makes the decision to move out of the marital home, there must be serious talk and negotiation between the spouses on the status of the marital home. These discussions should include the maintenance and financial obligations involving the home during the steps of the divorce.

If you're going through a divorce, you need to consult with the Los Angeles divorce and family law lawyers at Furman & Zavatsky LLP. Our attorneys will need to closely review the details of your situation in order to plan an effective strategy for the best possible outcome of your divorce.

Our law firm offers a free consultation by calling our office at 818-528-3471. Let's take a closer look below at other very important factors to consider in making a decision on whether to move out of a marital home.

If it is your intention to retain custody of your minor children after the divorce, it is not advisable to move out of the marital home unless a situation exists that makes staying in your marital home dangerous to your health.

Keeping the Marital Home After Divorce

If you are living in the marital home, particularly with minor children, a Los Angeles County family law court judge will be less likely to order the sale and partition of proceeds of the marital home.

Instead, you may be granted the right to reside in the home with your minor children. If your objective is to keep the marital home, then it makes sense to stay in the marital home during the divorce proceeding despite the discomfort it might cause if your ex-spouse is also residing in it.

Protecting Your Personal Goods in the Marital Home

Tips for Residing in the Marital Home During Divorce

If both you and your ex-spouse continue to reside in the marital home during the divorce, you may consider setting up rules or a schedule for how the marital home is used. Such rules can prevent uncomfortable situations that might arise, but both spouses have to be willing to abide by the rules.

If both spouses are not on board with the rules revolving around the use of the marital home, then the situation may quickly deteriorate, and one spouse may end up needing to leave the marital home.

The Occurrence of Domestic Violence

If your ex-spouse is violent and has committed domestic violence against you, it is a good idea to leave the marital home, but only if you cannot get your ex-spouse out of the home through legal means and you have no other options.

If your spouse is committing domestic violence against you, it is important to speak with our Los Angeles divorce attorneys so charges can be pressed against your ex-spouse and they can be removed from the marital home for your safety.

Leaving the marital home can harm your position when it comes to custody of minor children and division of the home, but it may also be advisable if there is an occurrence of domestic abuse and your health is at risk.

If you are getting divorced and are considering leaving your marital home, contact the Los Angeles divorce attorneys at Furman & Zavatsky LLP at 818-528-3471. Leaving the marital home is a big step, and it is necessary to be properly advised before you make such a decision.