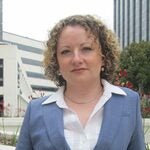 Attorney Mariya Furman is licensed to practice before all of the Courts of the State of California, the United States Court of Appeals for the Ninth Circuit, and the United States District Court for the Central District of California. After receiving a Bachelor of Arts degree from Case Illinois Institute of Art in 2004, Ms. Furman went on to attend Loyola Law School in Los Angeles, California. She was awarded her Juris Doctor degree in 2009.

While fully prepared to be an aggressive litigator when necessary, Ms. Furman understand the negative financial and emotional impact that divorce litigation can have on the family, and especially on the children.

Collaborative Divorce provides an opportunity for the divorcing couples to work cooperatively with one another to reach a creative solution that would benefit both sides, without going to court. Ms. Furman handles collaborative family law cases and has extensive experience in negotiating settlement agreements, as well as advising clients through a mediation process.