What Happens to Marital Debt in a Divorce?

In many high-net-worth divorces in California, spouses are frequently concerned about how their assets will be divided. However, the state's community property laws will divide their debts equally.

The most common large debts in a divorce include home mortgages, car loans, personal loans, credit card debt, and student loan debt. Further, sometimes, a line of credit or business debts could become an issue in the dissolution of marriage proceedings.

Some spouses might even have other substantial liabilities that have the potential to impact your financial future. 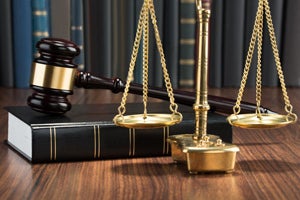 When you get married in the state of California, then under the law, you and your spouse are part of a legal community, also called marital property.

In other words, any property or debts acquired during the marriage belong to the legal community and have to be divided equally, 50/50, in case of a divorce. An exception to this law is whether there was a prenuptial or postnuptial agreement that lays out different details.

Of note is that you don't have to split all assets and debts equally; instead, family law courts will target an equitable division in net value considering the entire marital estate.

In divorces where the community debt exceeds the total assets, you might have an exception to the equitable division. If this occurs, the California family law court can assign the excess debt to the spouse with the greater ability to pay it.

In other words, even if dividing the debt is unequal, the spouse in the better financial position could be ordered to pay. In some cases, where the debts are significant, the legal community might be forced to liquidate assets to pay all of their obligations.

The first step to determining how much debt you will owe after your divorce is finalized is correctly placing liabilities into either community debt or separate debt. Let's review this topic in more detail below.

What Are the Most Common Marital Debts?

In most divorces in California, couples will have acquired some debt that will be considered part of the legal community to be paid by both spouses, such as:

In a classic example, suppose a couple buys a house during marriage and pays for the down payment and the mortgage with community funds. Then, in case of a divorce later, both spouses are responsible for the mortgage on the home.

You could sell the house by dividing the proceeds equally between you and your spouse. For example, one spouse may buy out the other's share in the house and refinance the mortgage under their name.

However, a home mortgage debt can make a divorce more complex in different ways, such as:

In some cases, there is a requirement that one spouse will reimburse the other to settle the terms of a divorce.

What is an Epstein Credit?

There is a common term known as “Epstein credits,” which is a form of reimbursement. It refers to a spouse who pays community debts after the date of separation with their own separate money, such as mortgage payments.

Epstein Credits are not limited to any specific type of asset or the payment of any expense or debt. For example, a spouse could even request “watts charges” for reimbursement of half the fair rental value of the house when the other spouse had exclusive use of it.

What About Marital vs. Separate Debt in a Divorce?

Any debt you acquire during the marriage usually counts as marital debt to be split equally between spouses in a divorce. This also often applies when the debt is under one name, such as credit cards.

For example, suppose a spouse moves out of the home. There may have been a final and complete agreement between the couple to end their marriage. Put simply; it's much more than words spoken. It has to be some tangible action.

Are There Any Exceptions?

Yes. In some divorces, you could argue an exception to the equal division rule if the debt mainly benefits one spouse and not the marriage. 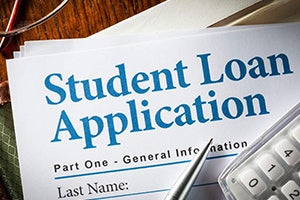 For example, student loan debt is sometimes deemed separate property and the responsibility of the student spouse because their education will benefit them only after the marriage ends.

In other words, if you took out a student loan during the marriage, the debt amount on that loan could be considered separate and will be your responsibility to pay off after your divorce.

However, if the legal community benefited from the student loan debt, then the family law courts could count it as marital debt to be paid back by both spouses.

When California family court judges are determining how to divide student loan debt among divorcing spouses, they will generally consider the following:

There are other exceptions as well based on the circumstances of the marriage and divorce. Again, you can consult with a family law lawyer for more information.

How Can a Family Law Lawyer Help You?

Our Los Angeles family law attorneys understand that dividing marital debts is essential to marriage dissolution and is often a source of significant disagreements. 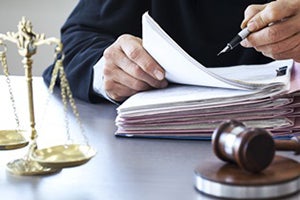 You need to understand that marital debt Is community property in California and will typically get split equitably during the divorce.

Therefore, if you agree with your spouse on dividing them without court intervention, you will save time and money on lawyer fees.

You must clearly understand your financial situation, including all marital assets and debts, to prepare for marriage dissolution.

Contact our certified family law specialist to review the case and legal options if you are pursuing a divorce in California and need legal representation to protect your financial future.

The divorce lawyers at Furman & Zavatsky serve clients across Southern California. Contact us for a free case consultation via phone or fill out the contact form.