Divorce is a typically a very stressful and life-changing process that has impacts the lives of all family members. When sensitive child custody issues need to be determined, the stress level increases and spouses often begin swearing and making claims they will gain full custody of the children by any means necessary. It's not uncommon for one spouse to announce to anyone who will listen the other is “unfit” to be a parent. What you spouse claims and might actually believe is not near as important as what the Los Angeles County family law court believes. 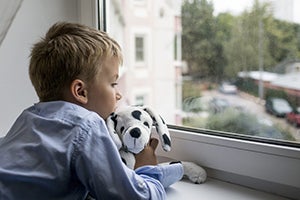 Case after case it has been shown that judges who determine child custody matters are never anxious to just sever a parent-child relationship. When a spouse is seeking a court order to declare you an unfit parent, there must be significant evidence. In other words, one parent's claims and accusations are simply not sufficient.

There must be substantial proof to back up the claims. During a divorce, parents will frequently disagree about whether a particular parenting tactic is best for their children. Divorce often creates a sense of mistrust between spouses that will affect their willingness to trust the other on their parenting strategy. At the request of one parent or an order of the court, a child custody evaluation may be performed.

These evaluations are designed to determine if granting one or both parents custody is in the best interest of the child or does it place the child at risk in any way. The child custody evaluator considers many different factors to make a determination. These is no single simple answer in determining whether a parent is unfit. While some factors are obvious, such as physical abuse or addiction at a level where the addicted parent can't function effectively, the real test is ALWAYS what is in the best interests of the child.

Your child certainly could benefit by limiting the conflict between the parents by working with a professional to structure a good parenting plan that protects the child from the limitations of either parent and focuses on their safety. It's not wise for one parent to laser focus on what they believe is “unfit,” rather stay focused on what is truly in the best interest of their child.

If you are seeking a divorce and child custody issues need to be determined, you need to consult with the Los Angeles divorce and family law attorneys at Furman & Zavatsky LLP. Our lawyers need to thoroughly review the details of your claims the other parent is unfit. Remember, allegations are not enough to be awarded sole custody. We understand you are going through a stressful event and probably need some legal guidance.

It's important to note family court judges view parental fitness as an integral part of a child custody decision. In order for them to determine what is in the best interests of the child, it will include reviewing the status of both parents. If it can be proven one parent is more stable than the other, judges could award primary custody to that parent. Parental fitness is frequently a mechanism used in child custody battles.

There are some generally accepted grounds a parent can use against the other to show they are unfit. These include abuse, neglect, domestic violence, mental illness, substance abuse, incarceration, among other factors. It's important to understand the difference between physical and legal child custody in California. Let's take a closer review of the main factors below.

Factors Determining Whether a Parent is Unfit

During a divorce, a court may order a 730 child custody evaluation to determine if a parent is unfit. This evaluation is used to determine if a child is at risk, or if it is in the child's best interest for one parent to have sole custody. There are many factors that the court uses to make this determination. Those factors are as follows:

In addition to observing the child with the parents, the evaluator may also interview teachers, therapists, or any other adults involved in the child's life. Evaluators may not give preference to either gender, nor consider race, sexual orientation, religion, or the financial status of either parent when determining whether a parent is unfit. See related: Child custody evaluation information sheet.

If you or your child's other parent are seeking a child custody evaluation during which one or both of you may be deemed unfit, there are many factors that must be considered when the court makes the ultimate determination as to how to award custody of your minor children. When your child's welfare is on the line, it is essential that you speak to experienced attorneys who can ensure that your rights are advocated for.