Is Your Work Bonus Money Considered Income in a Divorce? 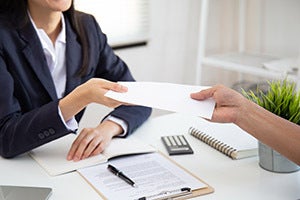 Regular work bonuses could be considered income for support obligations.

Bonus income is usually discretionary and not guaranteed by an employer because it's based on the end-of-year profits. It's challenging because future support obligations are determined by reviewing the history of past earning income (prior year) to project future earnings. Family court judges could gather a spouse's W2 forms, add the year-end bonus payment, and divide that figure by twelve.

The resulting figure is used to decide a monthly amount for future support obligations, such as child support and spousal support. In this scenario, the supporting spouse's obligation is determined as though their future earnings were guaranteed in the upcoming year.

However, the total figure used to decide support is often inaccurate because the year-end bonus was substantially less or not received. This usually creates a financial hardship situation for the spouse paying support. Not only are they financially unable to pay their court-ordered support payment, but they also can't afford their living expenses.

Thus, spouses who are paying support often resent their ex-spouses because they feel the amount they are paying is unfair. The spouse receiving support often feels the amount they receive is still insufficient to cover all the daily living costs, especially when children are involved. In this article by our California divorce and family law lawyers, we will cover this topic in more detail below to better understand.

Can Bonus Income Be Used to Calculate Child and Spousal Support?

In other words, this statute states that a total annual gross income, including work bonuses, can be used by the family law court judge to adjust child and spousal support orders to account for fluctuating income of either parent. These circumstances apply to anyone who earns commissions to modify child support orders, including the end-of-year work bonus payment.

We have found that most parents' top priority is the welfare of their children, who are usually the beneficiary of the child support payments. Thus, most don't complain unless they believe the custodial parent primarily benefits from the bonus amount calculated into the child support.

California family law court decisions on how they treat bonus income to calculate child support orders are commonplace. If you remain on friendly terms with your ex-spouse, this issue is not usually a source of conflict. 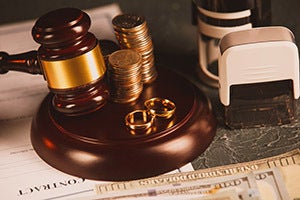 There are many economic issues in your divorce decided on income information.

Like child and spousal support, other financial issues must be decided in a divorce, such as dividing financial assets and property. Many economic issues in your California divorce are determined based on your income information. This includes the significant primary financial issues of:

California child support has a standardized formula that considers various income sources. On top of basic wage or salary earnings, the court can also determine child support based on other income, such as work bonuses.

Typically, the family law court considers any regularly occurring bonuses as income under the child support guidelines. For instance, if you get an annual 10% bonus at Christmas every year, the court could consider it income to determine child support payments.

Likewise, for spousal support or property division issues that need to be decided, any regular occurring bonuses like described above, especially in a situation where the bonus is a large amount of money, the court will typically include the work bonus amount in their calculation.

What if The Bonus Money Is NOT a Regularly Occurring Payment?

Suppose the work bonus money is not regularly occurring such as discussed above. In that case, the California family court will not normally consider it part of your income to determine support obligations. 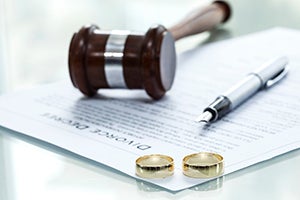 Non-regular work bonus money is not generally considered income in a divorce case.

For instance, suppose you are surprised to receive an unexpected bonus with no guarantee that it will happen again. In this case, the courts can't typically include this one-time bonus in your income calculation because you won't likely receive another one down the road. Of course, like many issues in family law, there are some exceptions.

Depending on the amount of the bonus, it might be considered while dividing marital assets. Suppose you received the work bonus money during the divorce proceedings. In that case, it could be subjected to the community property law in California, which means your spouse is legally entitled to half of the total value.

If they considered a one-time bonus, you would likely go back to the family court for a post-judgment modification to get the support amounts lowered. If the yearly bonus amounts are large, they can be included in a divorce's financial calculations.

In some cases, the court might require your employer's written statement concerning regular bonuses and the amounts. Likewise, the family court could examine many years of prior bank account statements and tax returns seeking documentation of regularly occurring bonuses.

Get Help From Our Family Law Professionals

Are you in a situation where you need information about calculating your spouse's income for a child support order or property division? Our Certified Family Law Specialist has experience dealing with high-asset divorce cases in Los Angeles County. Our law firm serves people across Southern California.

Negotiating a divorce settlement agreement properly is crucial to your future and your children.  In some cases, this includes examining regular work bonus money so it can be included in the overall support obligations. As noted, if they are regular bonuses, it's considered income.

Furman & Zavatsky are California divorce and family law attorneys based in the San Fernando Valley area of Los Angeles County. We offer a free case consultation at (818) 528-3471 or fill out our contact form.