Child custody can be one of the most complicated and heated issues in a divorce, no matter where each spouse lives. When custody issues cross oceans or country borders, the stakes are even higher.

When child custody is an issue and parents are in different countries, the issue can become very complex.

While in the California, a child's home state normally has jurisdiction over child custody matters, but other countries are not required to abide by California family laws.

Also, the foreign court could choose to disregard any existing custody order issued in California. 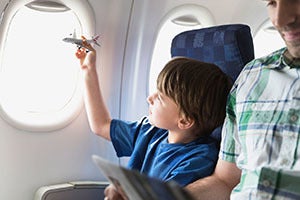 If the parents don't live in the same country, and the child routinely resides with both parents, It's often difficult to determine which country should have jurisdiction over a case in order to determine the crucial issue of custody of the child.

If a parent in one country files a child custody case and the other parent doesn't believe it's the appropriate jurisdiction for the action, the parent who wants to transfer the case will probably have to file an action in the original court.

The chances of success in seeking to transfer a child custody case will depend on the laws of the country and the court that will determine the child custody issue, which will vary greatly depending on what country is involved.

If you are trying to reach a custody agreement with an ex-spouse, working to keep your child in the United States, or to bring them back to the United States, a well-versed child custody attorney in Los Angeles could be the key to reaching your goal.

It is crucial that you have a child custody attorney that is experienced with dealing with custody matters on an international level.

To give readers a better understanding of a spouse taking your child out of the country and international child custody in a divorce, our California divorce lawyers are providing an overview below.

Applying the Concept of Habitual Residence

To help combat increasing numbers of child abduction cases, the Hague Convention enacted the concept of habitual residence in 1980. However, the effectiveness is limited as it only applies to countries who signed the treaty.

Under this concept, when a divorce takes place, the couple's children should continue to reside in their country of primary residence as they did before the divorce.

The Hague Convention, unfortunately, does not explicitly define habitual residence, but it generally involves:

Using an experienced Los Angeles child custody attorney to help with this process could increase the chances of success. When filing such a petition, the parent will need to prove to the court that the child was a habitual resident of the country before the divorce took place.

Parents should be aware that not all countries abide by the Hague Convention Treaty. Only those that are signatory nations are bound to abide by it. This means that the child must have been removed from and taken to a signatory country to use the habitual residence concept for their return.

It should be noted that the Hague Convention doesn't allow modification of child custody rights, it only sets forth that any child that was abducted to a foreign country should be returned to their home country.

If the child was taken from or to a nation that does not participate in the Hague Convention, there might be other options a parent can discuss with their child custody lawyer in Los Angeles.

Will the Court Allow an International Relocation?

These include as whether the country is a signatory to the Hague convention, if the foreign jurisdiction will enforce existing custody orders, and the impact of relocation on the current custody of the child.

However, as with any custody case, the primary factor in determining whether to allow a parent to relocate a child to another country is whether it's in the best interest of the child. If possible, parents who desire to move their children out of the United States should try to work out an agreement with the other parent.

Due to the complex nature of international custody laws and California family courts, this is an easier option for some families. When an agreement can be reached, the courts will help ensure that it is enforced.

When couples cannot negotiate an agreement, the court is left to decide what should happen. Their job is to determine what actions are in the child's best interests, just as they would if the custody arrangements were domestic. When the case involves international moves, the courts may also consider:

Whether you are the parent who wishes to move out of the country with your child or the parent who will still reside within the United States, the knowledge and experience of Los Angeles child custody lawyer could help you protect your rights as a parent.

Custody and international law can encompass multiple jurisdictions that often lack clearly defined legal precedents. With so many what-ifs and unknowns, this can be a very emotional and tumultuous time for everyone.

Parents who believe their child was wrongfully removed or retained in another country, should not waste time contacting a qualified international child custody attorney as court action should be initiated as soon as possible.

If the country is a signatory to the treaty a hearing will be held. If the court determines the child was wrongfully taken from California where the petition was filed, and the child was a habitual resident, the child must be returned to California within six weeks.

The term “habitual resident” is not specifically defined, but courts usually consider several factors, including where the child historically lived and intent of the parents.

If you are involved in a child custody dispute in an international divorce, it is crucial that you schedule a consultation with an experienced Los Angeles child custody lawyer about your custody case.