In a California divorce, after one of you has served the other with divorce papers, the judge will typically hold a temporary hearing to make important determinations related to how you will manage in the interim. These determinations relate to critical issues such as child custody, child support, the division of property, spousal support, and more. Clearly, these are some crucial decisions, that can have life-altering consequences. 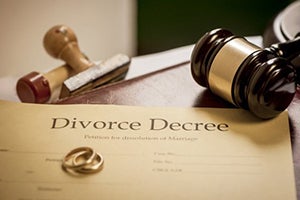 This hearing will likely take place about two or three weeks after your divorce petition is filed. As such, the determinations are based on limited evidence – since there's no time for discovery to take place.

Working closely with an experienced Los Angeles family law attorney will help ensure that you and your children's rights are well protected and that you obtain the resources you need as your divorce moves forward.

To give you a better understanding of interim orders related to divorce, our California divorce lawyers are providing an overview below.

In Los Angeles family courts, there is always a strong joint custody presumption. This is based on the theory that frequent contact, along with co-parenting, are in the child's best interests.

It should be noted that while the presumption of joint custody is strong in family law courts, it's not always conclusive. In fact, judges will routinely order unequal child custody arrangements due to evidence in the divorce case.

Normally, the evidence will come from a report by the Los Angeles County Department of Children and Family Services (DCSF) – which will be ordered by the judge in contested divorce cases.

However, at this temporary phase of the divorce process, these reports are not yet available. This means if one parent believes that an unequal child custody arrangement is in the child's best interests, there has to be sufficient evidence that has not been reported in the record to counter the joint custody presumption.

The evidence could include witness statements, doctor's records, and school records. In cases where one parent seeks to limit the child's contact the other parent, the judge will require solid evidence that this type of arrangement is in the child's best interest. The judge has the discretion to send a parent to parenting or substance abuse classes or counseling, rather than ordering unequal child custody division.

In any divorce that involves children, issues related to child custody are naturally the primary concern.

Your interim orders will address both legal custody and physical custody. As stated, legal custody refers to who makes important decisions related to education, medical care, and religious upbringing on the children's behalves.

Physical custody refers to whom the children live with. Parents generally share legal custody, and the State of California has a strong presumption regarding joint physical custody.

While California aims for equal custody arrangements, this is far from automatic. Often, one parent will have primary custody while the other parent has visitation.

At your temporary hearing, however, your custody arrangements for the interim – which can be lengthy – won't be based on the extensive custody-related evidence upon which the court will ultimately base its custody decisions.

If your goal is for your children to live primarily with you, you'll need ample evidence to support your rebuttal of the presumption of equal custody. Such evidence can include:

Child support in California is based on income share, which means that payments are based on the standard of living that the children would have if the family remained together.

Courts use a standard formula to determine child support, but it can become very complicated very quickly. Those variables that are factored in include:

The calculation is complicated, but because it is also fairly mechanical, you should receive an accurate determination even at this early juncture. That said, in certain cases, judges are allowed to deviate from the figure provided by the calculation in some situation, such as when the parents are particularly wealthy.

The court won't make any long-term decisions related to spousal support (also known as alimony) before it has all the information necessary to do so (at your divorce court-date).

The presiding judge will, however, make a financial determination based on maintaining the status quo until your divorce can be finalized. Ultimately, alimony is predicated on how long you were married, your standard of living  while you were married, each of your contributions to the marriage, and more.

At your temporary hearing, however, the judge will likely employ a fairly standard formula that typically involves the paying spouse paying 40 percent of his or her income minus half of the receiving spouse's income.

It's important to recognize that temporary alimony is not a guarantee. You must be able to demonstrate a financial need, which can include:

The interim orders you receive at your temporary hearing pave the way for the divorce proceedings to come.

In the interim – from the time that one of you filed for divorce to the time that your divorce is finalized – these orders will guide how you share custody of your children and how you will manage financially during the intervening months. As such, working with an experienced Los Angeles family lawyer is in you and your children's best interests.

Case Evaluation with a Divorce Lawyer in Los Angeles