How to Get Full Child Custody in California

As a parent, you want what's best for your child. And in the middle of a child custody battle, having full custody of your child may feel like the best thing for your little one. However, the courts don't always agree. Getting a divorce with children is always hard as child custody concerns can be hotly debated and contested. California law places a special emphasis on the best interest of the child standard. This means family law courts will seek to award equal child sharing time between both parents whenever possible.

However, in some situations, the court might agree it's better for the child to have just one parent with full custody. If you are seeking full custody of your children, you need to be aware of how these type of cases are typically handled in California family law courts. 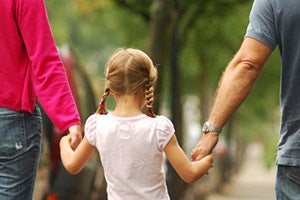 If you are involved in a California divorce, you might want information of how to get full custody of the children. However, you first need to make sure that you know what “full custody” in California” means.

Any parent who is requesting full custody in California has to be prepared to submit convincing evidence to the family court. The court will require valid reasons that are consistent with the children's best interest to order full custody to one parent. Most judges will favor frequent and regular contact with both parents and will award joint custody.

Any parent who is asking a court for full child custody in California better have an understanding of what type of persuasive evidence is expected or they will lose the case. It's can't be just your word against the word of your spouse.

A Los Angeles child custody lawyer can help you understand the state's complex custody laws and help you get the most favorable outcome for your child. To give readers a better understanding of how to get full child custody, our California divorce attorneys are providing a detailed review below.

Under California law, there are two types of custody: legal and physical. Legal custody refers to the right and responsibility to make decisions for the child in regards to the child's education, health, and well-being.

Physical custody is related to legal custody but is a different legal term. Physical custody refers to the amount of time a parent spends with a child. A parent has full or sole custody when the child spends the majority of his or her time in that parent's care.

It is very rare for courts to grant 100-percent custody to one parent and keep the other from seeing the child. This only happens when extenuating circumstances keep the child from being safe in the care of the other parent.

What Courts Consider in Custody Cases

If you're hoping to get sole legal and/or physical custody of your child, it's essential to know what courts look for in these cases. The prevailing legal standard for these cases is the “best interest of the child.” Of course, this is a vague legal standard that is open to interpretation.

Unless otherwise proven, California courts believe that it is in the best interest of the child to maintain contact with both parents. When children are 14 years of age and older, the court may also consider the child's personal preferences when it comes to custody.

Courts also tend to want to stick to the status quo for parenting responsibilities. So, if you have been spending 90 percent of the time with the child, it may be in the child's best interest for this to continue. However, the status quo rule does not apply if the other parent is deployed in the military, or there is some other temporary situation keeping them away.

If you want full legal or physical custody, you must prove that doing so protects the well-being of your child. While courts are hesitant to award sole custody, some reasons they may consider doing so include when the other parent:

If there is any substantiated claim of domestic violence, California family courts won't typically  award the accused parent custody of a child. While there are some exceptions, getting full custody is normally almost possible for a parent with a recent history of domestic abuse against their child or the other parent. See California Family Code 3044 for more detailed information.

The family court judge will also consider substance abuse when evaluating a request for full custody by one parent. This includes alcohol or drug use and abuse of prescription medication.

Some parents believe that making allegations that the other parent has used drugs or alcohol is sufficient to support their request for sole legal and physical custody request. This is not true as California Family Code 3041.5 generally requires more than just an accusation that one parent uses drugs. For instance, to get an order from the court for an alcohol or drug test, a parent is required to show habitual and frequent illegal use of alcohol or drugs.

Recall that the family court judge is primarily concerned with the child's best interest. This means unless drug or alcohol use compromises their best interest, most family law judges won't order sole legal custody to one parent.

There may be other reasons that a court may consider granting sole custody. However, the court does not consider gender, race, religion, sexual orientation, or financial status.

If you want to gain full custody of your child, it's vital to present your case appropriately to the court. It must be clear in the eyes of the court that you want this for the well-being of your child, not to “win” or punish the other parent.

You also need to build a strong case with as much evidence as possible. You should always refrain from lying or exaggerating about the accusations. Sometimes even making claims that you cannot document with evidence can be misconstrued.

As you know, California custody laws can be complex and difficult to navigate. An experienced Los Angeles child custody lawyer can help. Our law firm can ensure your case is well-documented and present it in a way that helps you. If you need to protect your child by gaining custody.

Furman & Zavatsky are Los Angeles divorce and family law attorneys located in the San Fernando Valley area of Los Angeles County. We are located at 15821 Ventura Blvd #690 Encino, CA 91436. Contact our office for a free case evaluation at (818) 528-3471.