How to Divorce Your Abusive Spouse?

Getting a divorce from an abusive husband or wife is rarely easy, and ending the marriage can often turn a bad situation into a dangerous one. It will usually require sacrifice, courage, and dedication to go through a challenging divorce process to make your life and the children's lives better. 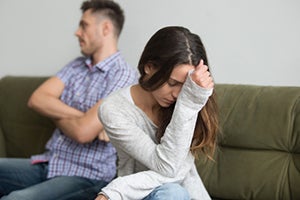 Divorcing an abusive spouse is even more complex in a long-term marriage because the abusive spouse typically controls the family finances. While many family and friends will tell you to walk away from the marriage, it's rarely that easy.

Abuse and domestic violence in a marriage will typically increase when the abused spouse threatens to leave home or ask for a divorce. This is one of the primary reasons you must plan before leaving an abusive marriage.

It would help if you had a place to go for support. You need to turn to family and close supportive friends who can help you navigate a difficult period in your life. In California, you don't need a reason to file for a divorce. Our Los Angeles divorce and family law attorneys provide a detailed review below for more information.

The term “abuse” covers a broad range of conduct and occurs in many forms. It includes intentional or reckless acts that can result in:

What is Domestic Violence?

A actual physical assault is not required for an act to be considered domestic violence or abuse. California Family Code 6320 describes abuse:

California family law courts take all domestic violence seriously, but they might be more forgiving for an isolated incident with no injuries. A judge will typically issue a restraining order for a period for the victim's protection.

However, long-term abuse and domestic violence cases are unfortunately not uncommon. This includes physical abuse of the spouse and the children and threats and intimidation. These abusive spouses frequently have psychological control over their partners, who feel hopeless and don't know how to escape their abusive relationship.

How Can I Protect Myself When I Leave?

When you decide it's time to leave an abusive environment, you probably already know it might trigger rage from your spouse. Getting support from family and close friends is crucial at this point. Getting a divorce from an abusive spouse with a long history of abuse will also require immediate action. 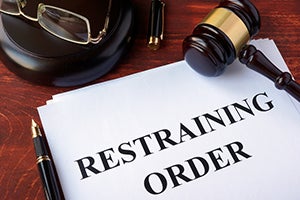 Divorcing an abusive husband or wife with a track record of physical and emotional abuse will often require a domestic violence restraining order or protective order to protect yourself. You should gather evidence of abuse, including pictures of injuries and damaged property, such as a hole in the wall from thrown objects.

You should also save any relevant text messages or emails from the abusive spouse. Further, witnesses who have seen the abuse is powerful evidence. Also, any prior calls to police about domestic violence, arrest, and convictions could be used to support a claim for a permanent restraining order.

The vast majority of restraining or protective orders issued by a court are against the husband, and they include specific court orders about:

The primary concern of family law courts is to get you and the children away from a highly abusive husband. The most dangerous time for an abused wife is right after a restraining order has been issued against their husband. Some will feel outraged and will seek immediate revenge.

For the first few days, you might consider staying with family or a local women's shelter if necessary until the situation settles down. If you find it challenging to get the courage to ask for a divorce from an abusive spouse, it might be good to reach out to a licensed therapist to discuss your situation. Further, you might consider calling a hotline for domestic violence victims.

Talk to the kids

If you have plans to leave your abusive spouse and leave the family home, you need to talk to the children and let them know, even if you were threatened that you could never take the kids.

A California family court judge would not take kindly to you leaving the children in a potentially dangerous environment. Further, having the children in your custody will give you some control over the situation with an abusive spouse and negotiation for a divorce settlement.

How to Get a Divorce from an Abusive Wife?

The vast majority of reports of married partner violence will show the victim is female, but it is estimated there are around 10% of victims are men. These reports show men who are victims of physical violence, stalking, and other domestic violence-related crimes in their marriages. 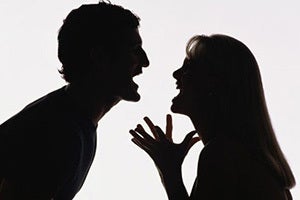 Men whose wives have been abused will typically take the same actions to protect themselves and their children, including seeking a divorce. Violence occurs in many different forms than just physical. The psychological trauma to the male partner, especially children, can be even more damaging.

It's not always easy to seek divorce from an abusive wife because there was once a solid emotional bond, and she is the mother of your cherished children. Thus, the top reason men find it difficult to divorce an abusive wife is the potential to lose primary custody of the children.

If child custody is disputed, you need to make sure the family law court is aware of the abuse because that will impact the primary principle of what is in the children's best interest and the award for custody and visitation.

Further, in some divorce situations, abusive wives will use their children as “pawns” to manipulate their husbands to remain in the relationship. Another reason that men are generally resistant to divorcing their abusive wife is their fear they will lose everything they worked a lifetime for, including:

How Can You Develop a Plan to Divorce an Abusive Wife?

If you educate yourself and develop a plan, you will find it much easier to get a divorce from an abusive wife. After you have decided to seek a divorce from your wife, your next step is to consult with a California family law attorney. 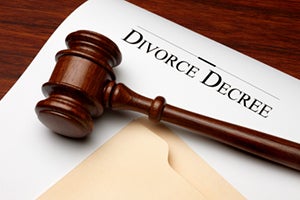 You can better understand what to expect in the divorce process and know what documents you need to obtain and store in a secure location. Your plan should also include opening a separate bank account and ensuring you have enough cash to pay all daily expenses.

If you have joint bank accounts, your lawyer can advise on handling these accounts under California state divorce laws. As noted, men who have wives with a history of physically violent attacks must get help from a divorce lawyer related to child custody.

Men must also figure out the best way to tell their children about the abuse and take necessary steps to protect their kids from being harmed by their wives. Once you have filed for divorce from your abusive wife in more severe abuse cases, it would be wise for a husband to let their family law attorney handle all the back-and-forth communications.

Seriously abused husbands should let their legal counsel deal with the required steps in the divorce process and cut off all contact with their abusive wives to start building a new life.

How Can Domestic Abuse Affect a Divorce?

After the divorce process begins, you need to remember that actual evidence of domestic abuse can have an impact on the outcome of:

There are severe custody considerations in abusive situations, such as whether joint child custody would be in their best interest. Put simply, a joint custody arrangement leaves the door open to having regular contact with the abusive spouse, which is not a wise decision in most cases.

It's no secret that abusers frequently use child custody and visitation matters in an Afton control over their spouse. If child custody is under dispute, you need to make the California family court aware of the abuse. Don't be intimidated. Nothing will change in your life until you commit and dedicate yourself to making a change.

Seek family and friends for support during this challenging but temporary moment in your life. Seek guidance and advice from your pastor or other members of your church. You could also seek counseling. Remember, this too shall pass.

You have to remember family law courts are not comfortable denying child visitation with a non-custodial parent but could order supervised visitation in cases of confirmed domestic abuse.

How Can You Get Help to Divorce an Abusive Spouse in California?

When you plan to divorce your abusive spouse, you will need to retain a family law attorney with experience handling divorces involving domestic violence and abuse situations. 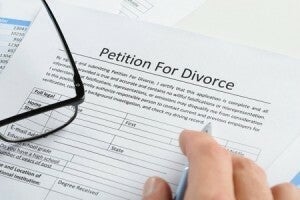 Remember, an extremely abusive spouse will generally have a history of manipulation in the relationship and will probably attempt to intimidate you into an unfair divorce settlement.

Suppose, by chance; your case proceeds to trial. In that case, you need a lawyer who can effectively communicate to the family law judge the specific circumstances of the abuse to protect you and your children.

Getting a routine divorce is rarely easy, but it often seems overwhelming when you add the stress of an abusive situation. If you seek a divorce from an abusive spouse, we can help you.

Furman & Zavatsky are Los Angeles divorce and family law attorneys located in Los Angeles County. We serve people across Southern California. Call us for a free consultation at (818) 528-3471, or fill out our contact form.