How Can a Mother Get Sole Custody of Her Child in Los Angeles County?

If you are a mother in Los Angeles County facing divorce or you are already divorced, you may be considering how to get sole custody of your child. This desire may be particularly acute if either your ex-spouse is unfit as a parent, or if your child prefers that you have sole custody. Sole custody is not the default in California. Instead, joint custody is the preference of the courts. 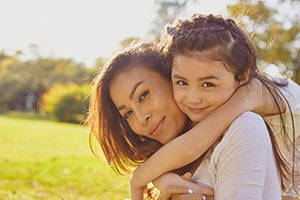 That is not to say that sole custody is never awarded. It simply means there must be a compelling reason for the court to award sole custody to one parent over the other parent. Any parent seeking full custody of their child must be well prepared to submit persuasive evidence to the Los Angeles County family court, who will require a convincing reason that is consistent with their primary goal of the children's best interest to order full child custody to one parent.

It's important to note the default policy is frequent and regular contact with both parents and generally favoring joint custody.  A parent who is requesting full custody must be aware of this fact because walking blindly into a child custody proceeding with the thought that solid and persuasive evidence that would justify a judge awarding sole custody order won't be necessary typically results in that parent losing court case.

In other words, it will require much more than just your word against the other parent. You must have a valid reason. It is vital that a parent seeking sole custody of their child retain all evidence of the other parent's lack of fitness as a parent so that the information may be presented to the court in a persuasive manner. If you are seeking sole custody of your child, be sure to retain evidence of your ex-spouse's lack of fitness, particularly in the following ways listed below.

It would be highly recommended that if you are a mother seeking sole custody of your child, you need to consult with the skilled Los Angeles divorce and family law lawyers at Furman & Zavatsky LLP. Our child custody attorneys have extensive experience in all types of situations and we will need to thoroughly review the details on why you are seeking sole custody in the first place.

Likewise, any parent who opposes a full child custody request better not must not take the situation lightly and believe the judge is on your side. They're not. They are on the side on your child. Any parent who is facing a full custody proceeding against them can't ever assume you can just casually walk into a Los Angeles family law court and everything will just somehow work out.

This “bad faith” request could include situations where one parent engaged in bad conduct like making false accusations of child abuse, sex abuse, domestic violence, improperly influencing their child, interfering with joint custody rights, alienating the child against the other parent, and then using this information as the primary basis for the request for full custody.

Now that we have covered a general overview of full custody request, let's take a much closer look below on how a mother could possibly get full custody of her child. It's important to note every case is unique with its own set of facts and circumstances. This is why you need to sit down with our Los Angeles divorce attorneys to review these unique factors and how they can impact your request for full child custody.

It's important to understand the difference between physical and legal child custody in California. The final decision made by the court is life-altering. Don't be unprepared for this critical event in your life. Below are the most important factors the judge will be looking at in consideration for a full custody decision.

Best Interests of the Child

California courts will award sole custody of a child to a parent if it is in the child's best interests. Generally speaking, the courts look at the child's health, safety, and welfare when determining “best interests.”

The court may consider the following factors in determining the child's best interests:

This is not an exhaustive list, so it is best to bring your particular situation to the attention of a Los Angeles child custody attorney at our law firm, so that we may determine whether you have a good claim for sole custody. See related: How a Los Angeles County Family Court Determines if a Parent is Unfit.

The Los Angeles divorce and family law attorneys at Furman & Zavatsky LLP will be with you every step of the way to ensure that your goal is achieved. Call us at 815-528-3471 to pursue sole custody for your child.

Related Resources:
How To Get a Ex Parte Child Custody Order