What Factors Should Be Considered in an Executive Divorce?

An executive divorce is where one or both spouses are professionals, such as a CEO, CFO, or other high-level management position with a company.

An executive divorce can include someone who is the president of a high-asset corporation or an executive employee, director, partner, or shareholder of a large company or financial institution. These companies could be privately owned or publicly traded. 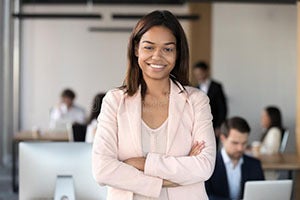 An executive divorce has unique challenges.

Anyone in an executive position within a large corporation or someone who owns their own company or professional practice has unique challenges in a California divorce due to the high amount of assets that will need to be divided.

Executives are typically influential in a business and have other issues that need protection than just their financial assets. This means planning for divorce starts well before you file a divorce petition. Of course, you will still have to deal with traditional divorce issues such as income, debts, and expenses.

However, many top-level executives must keep their divorce confidential and out of the public eye. You have options. If a company's financial information or personal income needs to remain private, you might need to consider a private judge.

Most information filed in court is a public record. Both spouses want to keep this information confidential when a divorce involves a high net worth. Further, any public ugly divorce proceedings can jeopardize the executive's reputation.

Some litigated divorces include heated debates, unfaithfulness, and betrayal. A public high-profile legal battle is bad for business, so executives and their spouses should hire an experienced California family law lawyer who can represent their best interest. Let's review this topic further below.

What Are the Challenges in an Executive Divorce?

Many high-profile executive divorces have challenges that traditional divorces won't usually face because they have:

Further, an executive's family will generally expect to maintain the same standard of living. On top of dividing all the property, an executive seeking a divorce will require separate mutual agreements for child custody and spousal support.

Some executives are concerned their spouse will use the children as leverage and get this critical child custody decision. Visitation issues resolved early in the divorce can save them thousands of dollars in attorney fees.

This means executives will need a highly qualified family law specialist to have the best chance at a favorable outcome.

Company executives need to have their financial liability minimized and their reputations protected.

What About Using Experts?

Experts can be used in some executive divorces for business valuation or related divorce issues. 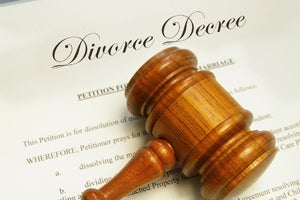 Experts can be used in an executive divorce.

For example, an appraiser or forensic accountant might be necessary if certain items need to be valued and divided, such as:

Suppose parents are unable to reach a mutual agreement on child custody issues. In that case, a court-appointed forensic psychologist could investigate severe accusations of domestic violence, physical abuse, neglect, or substance abuse in the case.

Suppose the spouse of the executive can work but refuses. In that case, a vocational evaluator could review employment opportunities, but this is only used in certain circumstances.

California's community property laws say a spouse is entitled to seek half of the assets in a divorce unless a prenuptial or postnuptial agreement says otherwise. Most high-net-worth people will protect their wealth and businesses against property and spousal support claims.

In some executive divorces, some assets could be considered separate property. Thus, divorce mediators must determine which specific assets can be included or excluded from being divided based on how and when they were acquired and the extent to which the spouse contributed to the executive's career.

What is the Best Executive Divorce Strategy?

When a highly compensated company executive is planning on getting divorced, planning a strategy is crucial to a successful outcome. Here are some of the primary issues to consider before any discussion with your divorce lawyer:

Divorcing spouses could decide on the division of assets through mediation or by reaching a mutual agreement. As noted above, executives often choose to use a private judge rather than a traditional public judge to keep the matter confidential.

Executive divorces are often complex when spouses have property portfolios on top of their acquired marital property, which has to be divided in a marital settlement agreement, but exceptions exist. Separate property is anything one spouse owned before marriage or received as a gift or inheritance after marriage.

What are Considered Marital Assets?

Marital property includes any items shared or acquired during the marriage, including the family home, furniture, vehicles, money, etc. California family courts can determine whether the property should be deemed community or separate. 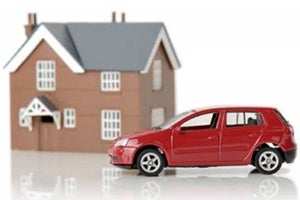 If you have concerns about undeclared assets, you need to tell your divorce attorney, who will need to examine the issue to ensure that all marital and separate assets are tracked and valued.

In a typical situation where the family court discovers that a spouse has deliberately hidden assets, they will often award a greater value of that property to the other spouse. Once an asset is allocated as marital property or separate property, then each item will be evaluated.

Further, the executive's professional career will be considered, along with the impact of the other spouse's contribution. The non-executive spouse's earning potential is another issue that will be considered in determining spousal support issues.

Litigated executive divorces can take months or years to resolve and will include a significant amount in lawyer fees. You need experienced legal representation to speed up the process and keep the attorney fees reasonable.

What About Spousal Support in an Executive Divorce?

If there is a large discrepancy in income between the spouses, then the California family court will usually order spousal support, called alimony, if the spouses can't reach an agreement. There are many factors considered in a fair spousal support agreement, such as the following:

Most spousal support awards are temporary and only last a couple of years to give the receiving spouse time to become self-sufficient. Spousal support payments can be modified or terminated if the circumstances change. A spouse can't refuse to work to keep receiving alimony. 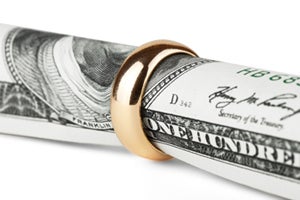 The IRS considers spousal support as income to receiving spouses who will have to pay taxes on the money they receive. Likewise, it's tax-deductible to the spouse paying spousal support.

The unique challenges of an executive divorce can become overwhelming. Whether you are a high-net-worth executive or the spouse of an executive, you will need to ensure that your legal rights are protected.

We can provide seasoned legal representation to help you navigate through the different stages of the divorce process while protecting your valued reputation. We understand that privacy could be a significant concern, and we will work with discretion and take all the steps to keep the divorce confidential.

We have the knowledge and skill to obtain the best possible outcome on the crucial divorce issues of child custody, child support, visitation, spousal support, and the division of property and assets. Furman & Zavatsky are California divorce and family law lawyers ln Los Angeles County. We provide a free case evaluation via phone or use the contact form.