Are you concerned about the physical safety of your children? Our Los Angeles family law attorneys can help you take the right steps to make sure they are protected. We understand your child's safety is an urgent matter, but you have to follow the proper legal process. Many parents panic and make the mistake of taking matters into their own hands, which often results in harsh consequences – such as allegations of kidnapping or violating a child custody order. 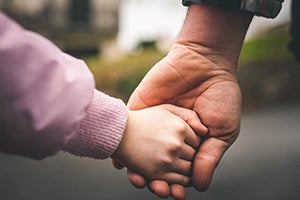 Don't make this common mistake in a stressful situation. Rather, consult with an experienced child custody attorney to assist you with urgent custody issues.

The state of California has laws to protect children who are in trouble. If your child is in danger – such as abuse, threats, or child abandonment, you can file a petition for an emergency temporary change in custody. Our experienced California child custody lawyers can ensure you have everything you will need in order to complete this process as quickly as possible.

The presumption in California courts is that children fare best when they are allowed to spend time with both their parents. Nevertheless, our courts understand that sometimes – especially during stressful times like divorce and post-divorce – a child is better off in the care of only one parent.

If you believe your children are in imminent danger when they are with their other parent, act quickly by consulting with our law firm today. The petition you file – a Temporary Emergency Ex Parte Order (FL-305) – has to indicate that there is an emergency issue needing a quick resolution.

Only a situation that endangers the welfare or health of your child will be considered for an emergency hearing.  For example, child abuse, neglect, parent's drug or alcohol addiction, sex offender in the home, or a parent's refusal to allow the other parent to visit their child. These types of situations will normally warrant an emergency custody hearing in California.

Divorce is always stressful, and some people handle stress less well than others. Further, some divorces are more stressful than others. If your children's other parent has become abusive in general or toward the children specifically, an emergency child custody order can help keep them out of harm's way until the situation has been defused.

Abuse can come in many forms and doesn't always manifest as physical abuse. Verbal abuse can be just as harmful, and often physical and verbal abuse go hand in hand.

Additionally, some parents abuse their children by imposing dangerously harsh punishments. If your spouse's negative emotions are spilling over into their interactions with your children, help is available.

If any of these reflect your situation, get the help you need as soon as possible. Violence and abuse can escalate quickly and unexpectedly, which is the impetus behind emergency child custody orders.

Emergency child custody orders are called ex parte because they are driven by one party – the parent who asks for the emergency orders – without the other party present. A California family court will not modify an existing child custody order simply because one parent requests a change.

Instead, you must be able to demonstrate that a custody change serves the children's immediate best interests. The court will take your concern into careful consideration, and if it deems your concern credible, it will grant the emergency order.

If the court believes that your children are in immediate danger, it will grant emergency orders. Immediate, however, is the operative condition in this situation. If your children's other parent is unsavory, immoral, unlikeable, or otherwise undesirable, the court is unlikely to consider his or her less than commendable traits as being immediately dangerous.

Courts are often hesitant to issue an injunction against a person when they are not there.  Generally, courts do not rule against a person's interests when that person isn't present to defend himself or herself.

If you are able to convince the court that the urgent need exists, however, it will issue the emergency child custody order in an effort to protect your children. The judge may change your existing custody order or may create a new one, but the emergency order will only remain in service until an evidentiary hearing takes place – usually within 20 days.

Your Burden of Proof

If you're asking for an emergency child custody order, you'll need to supply the judge with specific convincing information that includes:

The parent making the request for an emergency hearing will need to present evidence that shows there is danger to the child. For example, sworn statements, report from child protective services, doctor's records, and statements from the child would generally be considered strong evidence.

Without valid evidence, you are highly unlikely to be granted temporary custody orders. If there is a lack of evidence, a family court judge has the discretion to appoint a guardian or child psychologist to investigate the case in order to get a recommendation.

If you need an emergency child custody order, you need it now, and completing this paperwork can be time-consuming and daunting. A skilled family law attorney will work closely with you to help ensure you obtain the protection you and your children need. If you need to fight an ex parte child custody order filed against you, call our law firm to for assistance.

Our experienced legal team serves clients throughout Southern California, including the greater Los Angeles area from our office in the San Fernando Valley. We have the skill, knowledge, and compassion to advocate on your behalf for your children's ongoing safety.  Call our firm for a free case evaluation.