How Can a DUI Affect Child Custody in California?

If you were arrested for driving under the influence in California, even a first-time Vehicle Code 23152 VC DUI, it could affect your parental child custody rights.

In other words, a DUI could impact how a family law court decides a child custody issue under California Family Code Laws or Welfare and Institutions Code dependency hearings.

While getting arrested and convicted of DUI will possibly create issues with child custody, the situation becomes much worse if your child was in the vehicle when you were stopped and arrested for driving under the influence. 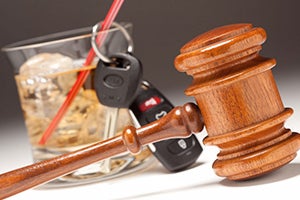 The situation worsens even more if your DUI has aggravated circumstances, such as a DUI-related accident, a hit-and-run with injuries, or other charges related to DUI or an enhancement.

In a heated child custody battle between parents, one parent could use a DUI against the other to persuade the California family law court that the parent is a safety risk to their child.

This is essential as all family law courts will place what's in the child’s best interest at the top of their priorities when deciding child custody matters.

If a parent has more than one DUI, especially if they are relatively recent, this could be enough convincing evidence that the parent is detrimental to the child. Again, it can't be overstated that the primary factor in all child custody cases is what is in the child's best interest.

Family court judges have broad discretion when making child custody decisions. Does this mean that a parent with one DUI will lose their child custody rights? No, but their visitation time could be impacted.

Will a parent with multiple DUIs lose their child custody rights? Not necessarily, but if the child was in the vehicle when arrested, the chances of losing custody have significantly increased. Our California divorce and family law attorneys will examine this topic further below.

What About Child Dependency Cases?

There is frequently more going on in a child dependency case than just one driving under the influence case. A parent's issues concerning child abuse and substance abuse initiate a dependency matter. 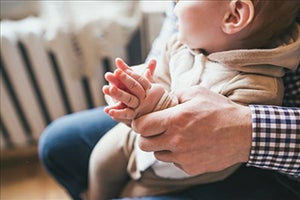 Suppose a parent gets a DUI during a dependency case or has a DUI on their record? In that case, it could be considered evidence in the dependency court that a child might be at risk of suffering harm because the parent cannot give the child daily care.

If the parent has multiple DUIs on their record, their status with the dependency court is even worse.

In California family courts, there is a policy to make all efforts to maintain a child and parent relationship.

A DUI could be dealt with as a parent's rehabilitation. If the parent can show the court they are making a good effort to deal with their alcohol or drug abuse, the court will generally allow continuing reunification services to the parent to keep the family together.

What is Child Endangerment?

When a parent operates a motor vehicle under the influence of drugs or alcohol, they are placing their child in a situation where their health is endangered.

Child Custody and Driving Under the Influence

Driving under the Influence in California is a serious issue, especially if you are in the middle of a child custody dispute. Put simply, a DUI can severely impact your family court case.

Why? Because ALL child custody decisions in California are based on what is in a child's best interest.  While a first-time DUI arrest is not as serious as having multiple DUIs, it still has the potential to impact child custody. California Family Code 3011 says: in part:

This statute further states that a court may require corroborating evidence of abuse, such as police reports or arrest records from a DUI incident.  The child's safety and welfare are always the primary focus. 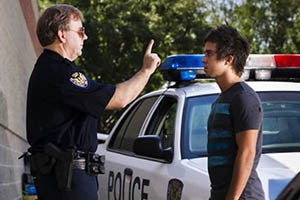 In other words, if a parent was arrested for driving under the influence while their child was in the car, they should expect the family court to consider it a severe issue because their behavior placed the child in danger.

Suppose a parent was not arrested for a DUI with their child in the vehicle but has numerous DUI arrests and convictions on their record? In that case, the family court will most likely conclude the parent has an alcohol or drug addiction, making them incapable of caring for their child.

However, it should be noted that the more recent the DUI arrest, the more relevant the issue will be in making a child custody decision. In other words, a DUI that occurred over ten years ago will not likely carry a lot of weight in child custody decisions by the judge. This is especially true if the parent had no continued issues with alcohol abuse or had any other type of arrest.

Suppose a parent was arrested for driving under the influence during the divorce proceedings?  In that case, the judge is likelier to use that information while making their child custody decision.

California family court judges have a lot of discretion when deciding what is in a child's best interest, especially on a first-offense DUI. They could still award custody to that parent.

The child's best interest policy says that if there is valid evidence of chronic alcohol abuse and the court still awards sole or joint custody to that parent, they must explain their decision in the final order.

You will need professional legal representation if you are involved in a child custody case with accusations of alcohol abuse or driving under the influence. 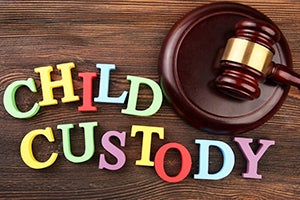 If you share child custody during divorce proceedings and your spouse was arrested for DUI, then you need to give the family court that information.

Further, if you are a parent arrested for driving under the influence of alcohol or drugs, we can help you. While the arrest or conviction will likely be used against you, we can pursue the best possible custody options, including visitation time.

If you are involved in a California child custody case, and there are allegations of DUI or alcohol abuse, you will need an experienced attorney to help you.

Contact us to discuss how we can protect you and your children. We offer a free case review by calling (818) 528-3471 or using the contact form.