Domestic violence is an extremely serious matter that can affect people regardless of their age, gender, income, race, marital status, or sexual orientation. 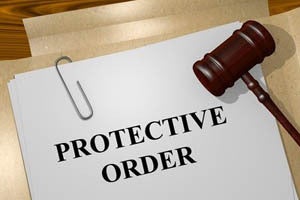 Under California law, domestic violence refers to abuse or threats of abuse between two people who are (or who have been) in an intimate relationship. This definition also applies to individuals who are closely related by blood or marriage.

If you believe that you or someone you love is in an abusive relationship where domestic violence is involved, you need experienced and compassionate legal representation. Our experienced Los Angeles domestic violence victim attorneys can explain your legal rights and file the necessary paperwork with the court to ensure your safety. Learn the steps to take if you are emotionally abused during a California divorce.

For purposes of domestic violence, California law defines ‘abuse' as one or more of the following:

A temporary protective order may also make alternative custody arrangements for minor children during the pendency of the order. A Final Protective Order Hearing will typically be set within 20 to 25 days. Once the court issues the order, there are criminal penalties for violating a restraining order.

As Los Angeles family law attorneys, we often have clients who are in the process of leaving an abuse marriage and wonder whether the abuse will play a factor in the way that their case is resolved. While California is a no-fault divorce state, there are certain areas in which a history of domestic violence and a criminal record can play a role in a divorce proceeding. These include the following:

It is important to understand that these provisions do not mean that child custody and spousal support cannot be granted to a spouse that has been found to have engaged in domestic violence, just that there is a presumption against doing so. For this reason, anyone involved in divorce in which these issues may arise should contact an attorney to ensure that their rights are protected.

If you or someone you love have been or is currently involved in an abusive relationship, our compassionate Los Angeles domestic violence victim attorneys are here to help. To schedule a consultation with one of our lawyers, contact Furman & Zavatsky LLP today at 818-528-3471.