What Are the Child Custody Rights of Unmarried Parents?

California child support laws apply differently to unmarried and married parents, but they can also be granted many of the same legal rights as married.

Generally, the mother and father are treated separately in the family law court. However, when making decisions, all courts will have the child’s best interest as their top priority. 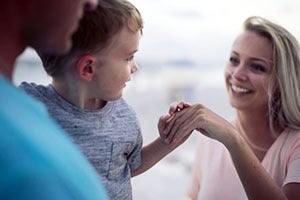 The term “child custody” refers to the legal rights of parents or guardians to have custody over their child and includes the massive responsibility of bringing them up in the best possible environment. In other words, parents are legally responsible for caring for their children.

This includes their living arrangements, health and safety, education, and protection from abuse.

The custody process involves both physical and legal custody. Therefore, courts typically believe it's in the child's best interest to have regular contact with both parents.

However, as noted, the primary goal of granting custody is determining the best environment for the child's future. This includes child custody for unmarried parents.

Under California family law, the mother automatically gains custody of the child if she is not married to the father. This means she does not need legal action to obtain her child's custodial rights.

Further, the mother can decide the father’s role in the child's life. The unwed mother has full responsibility for the child's well-being. However, this refers to initial child custody after they are born. To be granted full custody by the court, the unwed mother must be in their best interest.

The unmarried father will have to prove legal paternity. Without establishing that they are the child's legal father, he will not have legal rights to arrange child custody. Our California divorce and family law lawyers will examine this topic in further detail below.

What Are the Different Types of Child Custody Arrangements?

You must have valid evidence to support your position if you're an unmarried parent fighting over child custody.  There are several types of child custody arrangements, including the following:

Regarding physical custody, the court will evaluate several factors. This includes deciding if the child has a significant emotional connection with the parents.

In most cases, the courts will award joint legal custody to both parents, but as noted, the child's best interest is the top priority.

What If You Are the Father?

If you are unmarried and the father of a child, you still have some child custody rights. Many fathers have deep concerns about their custody rights and how to pursue them.

As noted, in California, mothers of children born outside of marriage have full legal and physical custody by being the biological mother. 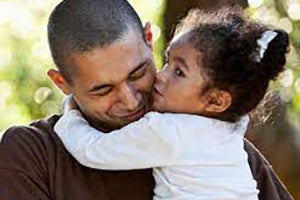 Father's have to first establish paternity.

Suppose you are the father of a child born when you were not married to the mother, and your name is not included on your child's birth certificate.

In that case, you will be awarded child custody rights once you establish paternity or parentage with the family court.

Suppose you are the mother both agree on your child's paternity or parentage. In that case, it's easy, and you must file a form (voluntary declaration of parentage) with the court.

However, if the mother refuses to voluntarily sign off on the issue, you must petition the court to establish paternity through genetic testing.

What Are the Benefits of Establishing Paternity?

For unmarried fathers or mothers, establishing paternity is typically in your child's best interest for many reasons.

For example, child development experts overwhelmingly agree that a kid's well-being is more significant when they have the chance to maintain a close relationship with both parents and spend time with them. But, as noted, remember, it's not about you!

If you are mentally and physically unable to put your child's best interest first, you must closely examine your heart and priorities. Perhaps you need to make some needed changes in your life.

Your kids can benefit from having both parents involved in their life in many ways, such as the following:

Further, establishing paternity is usually in your best interest as well. Most parents know that their children are a gift from God. The emotional bond with your kids is life-long, strong, and nearly unbreakable.

It's love on another level, and affection and satisfaction are difficult to achieve in any other area of your life. So while raising a child is one of the most difficult challenges you will face, it's also the most rewarding.

What About Child Custody Cases in Court?

Child custody cases are often the most challenging issues a family court judge has to deal with. 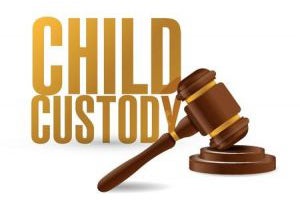 They would much rather not have to make these decisions and would prefer you reach a mutual agreement with the other parent.

There are generally not easy issues to resolve, and their decisions can impact a child's life forever.  When deciding on child custody, they use a wide range of factors.

These include the child's age, relationship with each parent, a parent's work schedule, level of conflict, and living environment. Then, again, judges must decide whether joint or sole custody is in the child's best interests.

Suppose you are not married to your child's mother. In that case, establishing paternity rights is essential. You might need a custody attorney to help you.

Furman & Zavatsky are Los Angeles divorce and family law lawyers who provide legal representation on family matters across Southern California. You can contact us for a free case review via phone or the contact form.