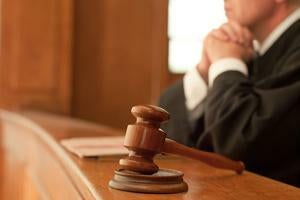 In addition to any domestic violence criminal related issues, parents who abuse or neglect their child could lose custody. It's important to note that child abuse doesn't have to be significant for a parent to lose visitation or custody rights.

In fact, Los Angeles County family law courts will consider any behavior by a parent that threatens their child's physical or emotional well-being as abuse.

This occurs in situations when a parent fails or refuses to provide their child with daily basic needs. For example, child neglect includes failure to feed, bathe, or provide medical care for a child over a period of time.

Judges will consider any type of child abuse seriously as they are vulnerable and can't protect themselves. It's true that parental rights are constitutionally protected, but a child's best interests are ALWAYS the main objective in any child custody decision.

Any parent who abuses their kids could lose some, or even all, of their parental rights. A major question to be answered on any type of child custody decision where there is alleged abuse is the type and severity of abuse and how long ago it occurred.

There is simply no way to get around the fact that all judges will make custody decisions on what they believe is in the child's best interest. They don't care if it's the father or the mother, they are obligated to protect the children.

Proving Your Child Has Been Abused

It's important to note that if you are making allegations of child abuse against your spouse, you will need more than just circumstantial evidence. You may need relatives, family friends, or neighbors who were witnesses to the abuse to testify at a child custody hearing. In addition, you could use medical records from your child's doctor or therapist at the hearing. They will also consider if there is a history of the court issuing a restraining order or protective order against a spouse.

As stated above, any evidence of a history of domestic violence against you or other siblings could be relevant information for the court. In most cases, you will need supporting testimony from some type of expert or counselor about your child's mental health to be able to convince the court of both past and potential harm in the future.

If you are planning a divorce and you believe child abuse issues may be involved in the court deciding custody, you need to consult with the Los Angeles divorce attorneys at Furman & Zavatsky LLP. Our lawyers will need to thoroughly review all the specific details in order to plan an effective strategy.

How Will Child Abuse Impact My Custody Case?

If you are divorced or are interested in getting divorced in Los Angeles County and your spouse or ex-spouse has been convicted of child abuse, it is possible that a court will deny you child custody rights and/or unsupervised visitation rights.

The court will determine the best interests of your minor child, and child abuse weighs heavily against a person when seeking custody. The specific violations that are considered child abuse are codified in the California Penal Code as:

If you or your spouse have been convicted of any of these child abuse violations, there is a presumption that it is not in your child's best interests to live with the abusive parent. Judges have little discretion to award custody to the abusive parent in a divorce, although an exception exists and is outlined below.

However, it's very important to note that nobody really wins in a child abuse case.

In fact, both parents could be at risk of losing custody rights if one parent was aware of the abuse and did nothing to prevent it. For example, if a non-abusive parent knew the other parent was sexually abusing a child and stood by doing nothing, the child could be removed from the home.

In some cases, the Los Angeles County Child Protective Services will get involved and might place the child in foster care or with relatives. If a judge is able to determine abuse is likely to occur again in the future, they could permanently terminate the abusive parent's child custody rights.

In other words, as we have extensively discussed, the judge will always decide child custody cases in what they believe is in best interest of the child.

The court will consider the danger of placing a child in a home with a child abuser, and this will weigh heavily against a person when determining child custody.

If such a situation has arisen, it is important to speak with our Los Angeles divorce and family law attorneys immediately to bring this issue in front of the Judge before any harm befalls your child. A judge will often be willing to remove a child from a home with a child abuser in it and place the child in a safer residence.

Does My Spouse who was Convicted of Child Abuse Have Any Parental Rights?

If I have Been Convicted of Child Abuse is it Still Possible to Get Custody of My Minor Child?

If you have been convicted of child abuse in Los Angeles, and you want either sole or joint custody of your minor child, it is imperative that you speak with our Los Angeles child custody lawyers. Our experienced legal team will review your potential eligibility for custody and will fulfill the above requirements to help prove, by a preponderance of the evidence that custody is in your child's best interests.

There are many factors that must be considered when the court makes the ultimate determination as to how to award custody of your minor children. When your child's welfare is on the line, it is essential that you speak to experienced attorneys who can ensure that your rights are advocated for. Contact our Los Angeles child custody lawyers at 818-528-3471 to make sure your custody rights are protected.