Common law marriages are a relic of an earlier age when men and women would make a home together, call each other husband and wife, but never get legally married. Given the ease of marriage and divorce today, common law marriages have almost disappeared. 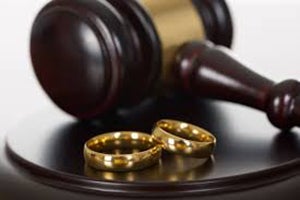 When people have thoughts of a marriage, they typically think of a church ceremony where the couple publicly gives their vows in front of their families and friends. Most also understand it involves driving down to the local courthouse to file papers that will make their marriage legal and official.  However, there is actually another way for couples to get married in the United States, which is commonly known as a common law marriage.

What is a Common Law Marriage?

Many believe if you have lived with another person for a long time you're automatically married. In other words, you have what is commonly called a common law marriage, with the same legal rights and responsibilities of a couple who were legally married. In most states, including California, this is not true and it will require a license and ceremony.

Put another way, a common law marriage is a legally binding marriage between two people who had no formal wedding ceremony or even filed the necessary paperwork with the state. Rather, only a few requirements need to be fulfilled in order for the couple to be considered automatically married under the common law.

Nevertheless, our Los Angeles divorce and family law attorneys still receive plenty of questions about whether California will recognize common law marriages. The answer is a little complicated, but we break down the current state of California's law below.

You Can't Form a Common Law Marriage in California

Most states have abolished common law marriages by passing laws prohibiting it. This includes the state of California which was one of the first states to abolish it.

California law does not allow people living in the state to form a common law marriage. If you want to be married, you need to go through the hoops that everyone else does by applying for a marriage license and having a solemnization ceremony.

However, it's important to note that while California doesn't allow residents to become married to each other under the common law, they still have to deal with couples who are common law married from other states that allow it.

Only a few states still allow common law marriages in the twenty-first century:

Under the United States Constitution, there is the Full Faith and Credit Clause that requires each state to give credit to the laws of other states and requires them to honor those laws.

Let's say a couple lived in Montana for their entire adult life. They never married, but they did satisfy all the requirements of a common law marriage in Montana:

When the couple retires, they move to California to enjoy the weather and their golden years. At that point, the husband dies and the wife wants California to recognize her marriage for estate purposes.

Some people simply don't want to get married for one reason or another. Maybe they would lose out on important benefits if they married, or they might lose out on alimony from an ex-spouse. Other people have political or cultural objections to marriage. Whatever the reason, they don't want to get legally married even though they have a romantic relationship with someone that looks a lot like a marriage.

In a divorce, each spouse has equal rights to community property, which is the property the couple obtained while married. If you never walked down the aisle, however, you don't have a right to property.

Nevertheless, California recognizes palimony suits. This means that unmarried people who live together can have an agreement to share assets, which a court will enforce when a couple breaks up. It is important to realize that palimony does not give you a “right” to assets in the same manner as a married spouse. But sometimes a court will recognize palimony when there was an agreement between the parties.

Nevertheless, if you moved to California and believe you have a common law marriage, you should meet with a lawyer. The Los Angeles family law attorneys at Furman & Zavatsky are experienced in all aspect of marriage and divorce, and we can meet with you.

Family law continues to change. Rather than try to guess the status of your relationship, meet with us to discuss your situation. You can schedule a free initial consultation by calling 818-528-3471 or submit our online contact form.