Child Custody for Parents Who Are Registered Sex Offenders

A sex crime conviction in California can have a significant impact on a parent's child custody rights and visitation, and the sexual related offense doesn't have to involve a minor. A family law court will always make custody decisions based on a child's best interest.

If a parent has a sex crime conviction, they must prove they are not a risk to their child.

A California family law court will always consider a parent's sex crime conviction during the divorce process to make child custody decisions, especially if they are required to register as a sex offender under California Penal Code 290 PC.

If the sex crime conviction occurs after the divorce, then the parent could request a child custody modification to visitation rights. In the state of California, family law courts assume:

If a parent has committed a sexual related crime or a felony offense against a minor, the court will normally require them to prove their child will not be a significant risk while in their custody.

Any parent who is a registered sex offender in California will not:

The exception is they would have to first actually provide proof they are not a risk to the child.

The family court could decide to put limits on parental rights of the parent who was convicted of a sex crime, meaning they will have less authority to make decisions on child custody and visitation.

Our Los Angeles divorce and family law lawyers are providing a detailed review below.

Family Courts Will Always Protect the Safety of Children

It's important to note that California family law courts are very cautious in protecting the safety of children.

Most parents can expect a thorough review and close scrutiny by the court in child custody issues if they are:

In many cases, the best possible child custody decision by the court would include supervised visitation. 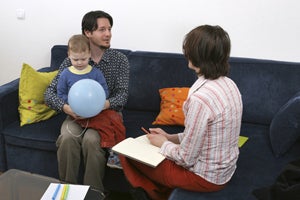 Many parents with a conviction will be required to have supervised child visitation.

This means the family court would allow a parent who is a registered sex offender or convicted felon against minor's visitation with their child in a supervised environment, such as a public place.

Many California child custody cases are already complex, but when you are dealing with a parent who is a registered sex offender or has felony convictions, then the case becomes very complicated.

California law prohibits anyone from allowing the child to be in the custody of a convicted parent without approval from:

When a California family court issues their custody decision, they could deny a parent who is a registered sex offender, or convicted of sexual acts against a minor, both child custody and visitation while still ordering the parent to pay child support.

Under California law, no parent will be granted physical or legal custody, or unsupervised visits with a child if any person in the home is required to register as a sex offender under Penal Code 290 PC, unless the court finds there is no significant risk to the child and the put their reasons in writing.

What are the Parental Rights of Someone Convicted of Rape?

There are situations where a victim who conceived a child due to sexual assault/rape has to go to court to prevent their attacker from claiming parental rights. Under California Family Code 3030(b):

As you can see, the law is clear. If someone was convicted of rape under California Penal Code 261 PC, then they will not be awarded custody or visitation with the child.

Further, under California Family Code 3030(e), the court can't disclose the custodial parent's address, place of employment, or the child's school unless the court determines that disclosure would be in the child's best interest.

The crucial term here is “convicted.” There are scenarios where a conviction is NOT obtained because the victim didn't want to deal facing their attacker in court or the stigma of going through criminal court process.

There are states that allow an alleged rape victim to: 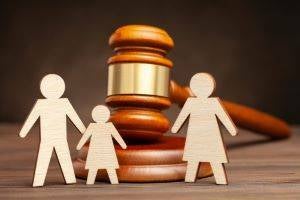 If someone was convicted of PC 261 rape, they will not be awarded custody or visitation.

However, the state of California does not have this type of statute and denying parental rights to an accused rapist requires a conviction.

This means women who are rape victims could face a situation where they are forced to face their attacker in court so protect their sole parental rights.

Clearly, the primary purpose of this law is to prevent a rapist from obtaining child custody and visitation when they discover the pregnancy or birth.

The statute allows California family law courts to prevent a convicted rapist from being awarded shared or sole custody, visitation.

While on the surface this may seem like an extremely rare event, it does happen. It normally occurs in a situation where the mother and rapist were initially friends or in a dating relationship. 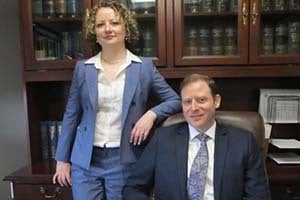 Contact the family law attorneys at Furman & Zavatsky for a free consultation.

In simple terms, the state of California prohibits a family court from awarding custody to any parent who was convicted as a sex offender, unless they can prove they are not a risk to the child.

If you need more information about custody rights of sex offenders in California, then call our experienced team of child custody lawyers to review the details.